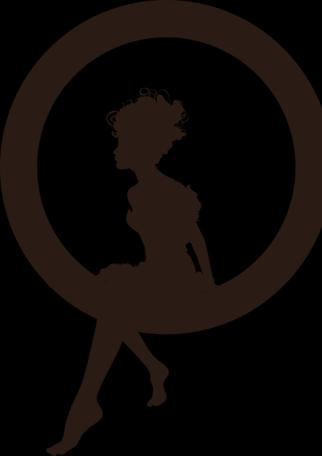 SELFIE. What is it?? Taking pictures of your own but it may be dangerous to discuss or more specifically sending those pictures to the person whenever he or she asks about it. I know in today’s world almost everybody likes to takes selfies of their own and post it on various kinds of social media but all selfies are not meant to be posted. Isn’t?? You people may be thinking that what non-sense this writer is writing. Trust me sometimes it may be really dangerous because all people don’t take all your selfies in a positive way specially when you are sending selfies wearing clothes only need to be worn around the house. Saheli was doing the same thing i.e. taking pictures and sharing about it with all her office colleagues. Just because she was at around 24 years of age at that time, only she knew was that she can’t ignore of sending those pictures which are meant to be worn around the house to the management people or those who are really close to those people. I don’t know from where her misconception came from but she was like at that point of time if you need to have a long career in that particular job, you can’t say no about anything to the management. I thing for these kinds of people now-a-days people are getting frustrations, depressions, OCD, etc. It may happen to anybody. It’s not being necessary it should be a girl. People are getting tortured everyday, if not physically but definitely mentally. The only reason people might not be able to discuss outside just because of leaving out from jobs or might be fear of getting terminated which will definitely affect one career. I hope if one day all people can come up together it will again be world of peace. If anybody believes in oneself and can fights his/her fear for good reasons I think if not all but definitely many problems will solve. Let’s come to the story. Just because Boman was a right-hander of the boss, she couldn’t ignore him in sending all her pictures to him. As she used to help Sailesh in dealing with office politics, Sailesh always warned her of doing such things. It may happen at her age and so she also might have thought may be Sailesh was feeling jealous about all that and so she ignored his words always. Mostly she preferred to have time with Sailesh after office in order to deal him with all his office and home problems. One day Sailesh went outside for some office work and it was decided by both of them that they would meet after the office bell gets rang just like their regular days, She was even caught by Sailesh sometimes of sending pictures to Boman but when he tried to made her understand she ignored. That day as Sailesh was outside the office, he couldn’t get on time the decided. She was continuously calling Sailesh and asking him to book an uber and then she could pick Sailesh on the way. May as she is a girl, she could sense something as generally girls tend to get feel more quickly than boys not necessarily always though. Sailesh network didn’t work properly and he couldn’t do so with the time limit given by her. So unfortunately she had to went home with Boman.That day Boman offered her for dropping her home and as she can’t ignore she said yes thinking she would have the Uber and she could tell Boman that her father was coming to pick her up. Last call Sailesh got from her when she was crying over the phone and abusing Sailesh for not making it at the right time while Sailesh was returning home for his place. She told that Boman picked her in his bike and made that bike stood at a pitch dark place and told her to close her eyes. She at first thought that he might be proposing her but not that case. Boman’s mind could not resist after getting all kinds of pictures from her and may be she was in his dream from that point of time. Boman forcefully grabbed her and kissed her. She then went walking by crying half the way to her house. Normally the path she used to be get for her home was a vacant place and so I guess anybody could have recognized her tears falling from her eyes with only the moon and the stars might have been the lonely beings to have watched her eyes filled with water drops. She just made her call disconnect saying the story leaving Sailesh alone on the roads feeling guilty and lonely all by himself.

An artless story of a girl