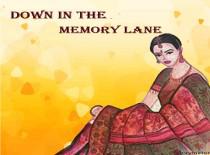 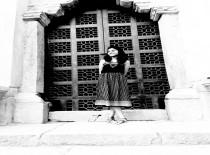 She has him, he has her
Together they endeavored to lead a life full of fervor.
Finding the order in chaos, seemed his only escape from the inescapable reality.
But the 12-year-old daughter often complained to him about life's brutality.
Having never experienced the passion of a mother's love and intense care,
She was finding the ache unable to bear.
At times, when alone, she used to whine,
But in front of the man, never did she fail in her pretense as if it's all fine.
The father too used to shed tears, surreptitiously, from the corner of his eyes,
For he had lost not his wife, but a soul of his own with her.
Neither the dappled rays of the sun nor the white light of the moon in the darkness of night,
Neither the gigantic waves of the sea nor the mild soothing breeze of the evening,
Was the dying lady's wish to see,
Losing her radiance by each passing second like the lifeless leaves of a tree.
Face went blue, lips got white
But the eyes were unnaturally bright,
expressing what face couldn't, speaking what lips couldn't.
Wanting the unborn baby in her womb to get life,
She resiliently demanded to let her stake her own life.
Having carried and nurtured her baby for nine months inside her,
She wasn't strong enough to place herself above a mother.
The baby came to life, as the mother had desired.
But then happened what it was destined to happen above all desires.
Holding her baby close to her chest in an inseparable embrace, loving her as nobody ever could, and caressing her soft tender skin, in those tiny fractions of time,
The. Mother. Died.
The moment was infinite.
Here it was, the father broke out.
While narrating all this to his daughter,
The eyes got filled with water.
Both they were sitting, in the balcony, there,
Holding each other's hands making an unbreakable sphere,
And whispering in a stumbling yet assuring voice, "I am here".

Down In The Memory Lane