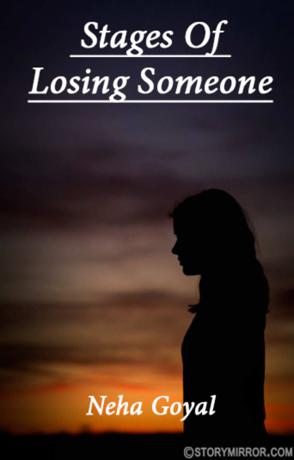 Stages Of Losing Someone
★★★★★ 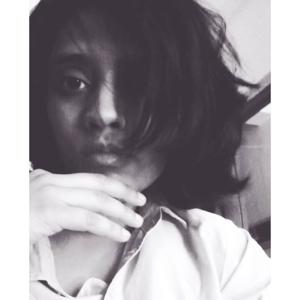 Stage zero
You’re lying around with her in silence,
And suddenly it seems like the kind of silence just after a song ends;
A deafening silence
And an odd feeling in your gut that you can’t really feel
But you know you can dissolve this by holding her back,
And your thoughts aren’t reciprocating anything anymore.

You’re fighting with her and she’s having fun,
But you’re scared if one day she’d be slamming doors
And saying ‘game over’, but you believe it’s just in your head,
So you move on and she cover up,
That war with plastic guns could only made you sweat,
And in your head you’re telling yourself, ‘you’ve got this’.

Stage two
It’s infectious, the love, and the make up after fighting,
It’s compulsive and you start to worry if it’s ever gon’ stop,
That if it’s gon’ get worse, and that if you’re ever gon’ lay there
With her in silence healing patches of the past
While she’s injured from the wounds of bullets
You spit at her, laying in your arms, trying to heal
With tears falling on her wounds and bruises,
And it’s not a nice place to live at; you and her
To build a home.


Stage three
She’s bleeding and you’re trying to pump in blood,
You’re trying to push out the water from her lungs,
But she’s slamming doors, and knocking you out,
Hanging up on the phone calls, and giving a blank stare,
As you stare back at her and words die on your lips,
And she looked like a broken angel,
With wings of white feather,
And you looked like a mess, you looked unfixable,
She’s gon’ go without pulling your right arm,
That look on her face, the palely cold one,
Stroke your heart;
Little pieces are falling apart.

Stage four-high risk
Your bodies aren’t lying close, they’re far beyond repair,
And you don’t believe in magic,
But you’re hoping someone would shower pixie dust
And things would start healing,
Sounds so naive in your head but you know you both are
And she’s shedding off the feathers from her wings,
It’s an awful sight to watch,
To watch her pushing you away,
To watch her fading slowly in the mist, once she appeared from
Few years back,

And it’s tough, it’s tougher than the word itself
Because she’s hard to let go,
The very idea of it
Scared you once before it all started,
And her eyes look drenched in pain,
The pain you caused her and maybe you should feel grateful
For all the beautiful time she ever gave you,
But that’s the thing about love,
You can never get enough of it,
And she’s running out in the field of daffodils,
All by herself, and you’re nowhere to be found,
No streets of your name in her world,
And it seemed like you never happened
That her touch, her vision, her voice, are just a memory you’ve to live by
And you realized that you’re on last stage
And in a blink of an eye, in a deafening silence,
In a slam door, in a gust of wind, in a whisper of ‘game over’,
She’s gone, leaving behind the pixie dust on the carpet floor.

Stages Of Losing Someone