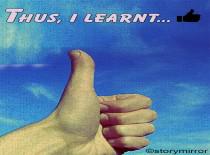 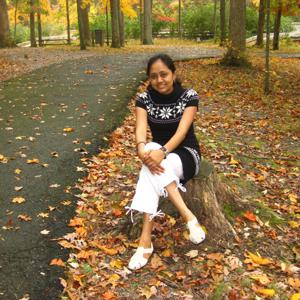 I was vexed with my sandals,
… they did not compliment my dress’s green.
Until, I walked a mile in the shoes of a man,
Who had none, to cover his bare feet.

I felt disgruntled at a restaurant,
…the Italian dish I ordered, lacked extra spice.
Until, my eyes locked on the famished urchin outside,
Dreaming of a mere morsel of rice.

I groaned that my weekend was over,
… lazy to start a new work week.
Until, those tiny hands cleared the dishes from my table,
And headed on to the next, without a break.

I scoffed at times, on being told what to do,
… irked by endless words of advice.
Until, I met a friend, who yearned to be cared for,
Orphaned, left to fend for herself.

I grumbled as the power went off,

... my favourite TV show was on air that night.

Until, I looked at those kids out door,

Bent over chalk slates, studying under the street light.

I felt tormented by the stress at office,

... home and work, tough juggling the two.
Until, my home-help turned up for duty one day,
Bruised, beaten black and blue.

I frowned at the mirror,
… my hair just wouldn’t style, like I desired.
Until, I was shushed by a smiling little boy,
His cancer-stricken bald head, left him undeterred.

I lamented as my treasured ear-ring was lost,
… sulked and moaned for days.
Until, I read about the martyr’s young wife,
Bottling anguish, she saluted the coffin. Her life astray.

As I looked around, I realised,
What a pretty life, mine is.
A rush of gratitude over powered me,
Thus, I learnt... to count my blessings.