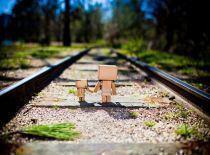 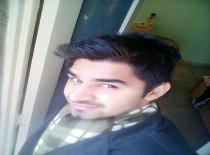 I walked upon the face of earth, Rain showers cleared my way.

Singing and paddling I went on, for it was the happiest day.

I traversed across all countries; New Zealand, England, Austria.

The loitering cows and tattered sheep.

The song of cuckoo on solitary tree

That stood erect in a cemetery.

The tombstones adorned with offerings

Besides, I met a stark reality, in the world of beautiful things.

An old poor man with guilty, a moribund lady, squinting.

People’s strife for buck and belly

Scuffle for land, plot or alley.

Molested girls who were ravished

Topped themselves, their life finished.

All around were wars & bloodshed

Half of the humans seem went mad.

Fire, bullets were played so hard

I thanked God for I was different

And with this thought I further went.

When I saw my shadow, it smirked

Narrated the truth, as it lurked.

“Thou journey’ll be waste if you can’t find

Thee also have in you a fiend”

The revealed truth was untoward

I have in me a demon, coward!

Purport:     So all my friend, let’s join our hand

Let’s eradicate hatred & evil spirits, from our inside

With willpower like an exorcist, each of us must fight.