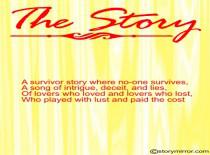 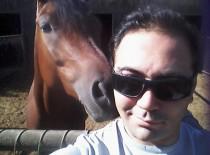 After many a sleepless night,
A man sat down at his pad to write.
The pen in his hand wrote of a man,
Who'd had more than he could stand.

A tale of woe, malady stricken,
Words to rival any written,
Leaving readers speechless, sorrow-smitten,
Sadness and madness, Damsels in distress.
People pushed past their limits, Put to the test,
Though through the ordeal they tried their best.


A survivor story where no-one survives,
A song of intrigue, deceit, and lies,
Of lovers who loved and lovers who lost,
Who played with lust and paid the cost,

Then somewhere in this yarn in the middle,
A heart grown hard, little by little,
Because of relationships he'd had,
Experiences both good and bad.
This fable would range from happy to sad,
From worry to glad, A boy... to a man.
A soul laid bare for all to see, Full of magic and mystery,
Fitting no genre or category,
It would be named the story of me,
Bottled and corked, Thrown in the sea,
To toss and turn endlessly....

The story not Poetry