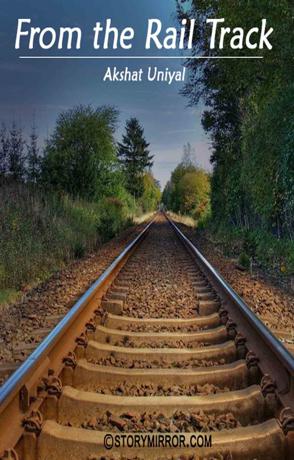 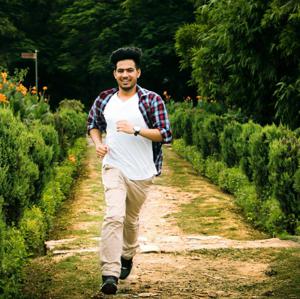 The hoot of the train was shrill enough to bring me back to my consciousness,

With eyes half shut, I could see the sunrise albeit my body was in oppressive soreness.

Thankful was I that the night was over,

And a ray of hope was now surely closer.

For I was made to flunge a night before,

Next to a track that was never explored.

Till last night I had never thought that the body I reserved,

Would soon fall in jeopardy and be set free only when it was thrice served.

I somehow managed to stood up and look around,

But the only thing I could see was a local rail over the ground.

As the train approached me a passenger looked at me and gave a shout,

She made the train stop, lifted me up in the coach and gave an expression of doubt.

And her eyes were wet when the train began to mount.

She gave me a seat next to the window,

And all I had was a gesture of gratitude to show.

We passed the plains, the rivers and hills,

Looking at which my mind started to chill.

As the night started to fall,

My heart was filled with fear of all.

But I consoled myself with the sight of the window,

Besides which I was sitting now and focusing on a meadow...

From The Rail Track