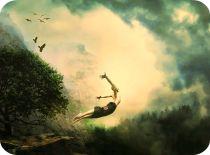 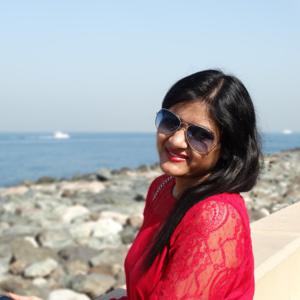 All these years, when I was growing up

I was charmed as people said,

I always followed what elders spread,

And was gullible enough to believe what was said.

And then came a time,

When I learned this hoax,

What people say and what they do

Are the two extremes of the same shore.

They preach of being liberal,

And then they turn out to be hypocrites.

Where they are the ones elevating atrocity.

They want to look the best in the eyes of the world,

And then spifflicate the facade they create for themselves.

And that is where I found books,

Hundreds and thousands of words

All collated, squalling to be read and understood.

The black ink on the white,

Finally getting a sight at them,

Gleaming with happiness, just like a newly wedded bride!

Once I started reading them aloud,

Practising with valour, protecting myself, making it my shroud,

Folks started raising their eyes at me,

Where on earth are you learning these thoughts?

I felt a bit unusual about it first,

Did I think anything wrong, I asked?

You’re changing and that too really fast,

What you’re learning in these, it won’t last!

I learned to listen to my voice

And picked up clues my soul kept giving,

I admired my soul,

For it gave me my life’s goal.

The only thing that disquieted me,

Were the blabbering mouths;

Disturbing me to the core.

Ask the books that I read why I changed?

Ask the authors dead and alive,

who communicated with me

and gave me the courage to be myself.

Where do you get these thoughts, you ask?

It’s not real, it is fictitious

It will lead you nowhere,

It is so damn malicious!

All I say is, can you just stop being so suspicious,

The energy, the vibe, its essence is so vicious,

It makes me ambitious;

And my soul finds these thoughts so nutritious!

I am proud that I read,

And gallant for the intellection I wear every single day,

I may appear a buffoon to you, which is fine

But I can’t make a buffoon of myself,

Only to be labelled by you as wise and nice!

Watch out as I assent in life,

For only that will close and shut your mouths.

I don’t say anything to you now,

For I want my actions to speak for my words!