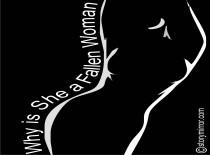 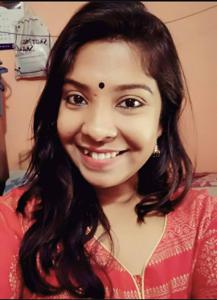 You erase the imprints of my very being

With your actions, words and writing,

You silence raging the tempests inside me.

You do not have to treat me as an angel,

But at least as flesh and blood.

I am not a Beatrice,

But a woman with a beating pulse.

The visibility of my belly

Does not signify my sexual availability!

I am not a virginal sex object,

But a soul of metallic iron,

Who can expand and bend, but not break.

And who can burn you down to ashes!

You exhibit your physical prowess to brag about your masculinity,

By whipping a woman, suppressing her,

Ha! Such an ostentatious manifestation,

But we gulp every pain down,

Even after choking from your sadistic authority.

Because we do not suffer from castration anxiety!

India! What a strange land.

A façade! Delusions of grandeur!

Where we cry out loud “Bharat Mata ki Jai”

Where Indian cinema has taught us, “Mere paas Maa hai”!

But where we slit the throat of a girl,

When she transgresses the norms of “acceptability,”

Where we tag her as a “harlot,”

When she is out late at night.

Where we slander her reputation,

When she makes her wishes explicit.

This strong truth: Wherein did it lie?

Behind the pure visage of the world,

Where the figures of suspicion and scheming

Are clothed in robes of truth,

Where the continued invincibility of men went unchallenged.

Though I seem to stand in isolation,

But I will fight back.

What is acceptable? Who is to decide?

You? Really? (Or) she for herself?

Who are you to judge her?

Her body is not a programming machine,

Ready to be damaged by hostile hackers.

She is an animated, constructed figure,

A desiring person with same faculties as yours,

A being, not a coquette as you see her,

But a rational female filled with perceptions.

Those subservient beings, as you call them,

Have untied their souls from the chains of cruel tyrants,

They have unearthed from the debris of history

Their body, their essence and their voice.

Their blood is recuperated, redeemed and resurrected.

Because you are now exorcized,

Why Is She A Fallen Woman?