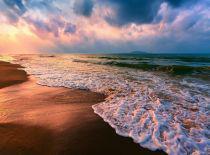 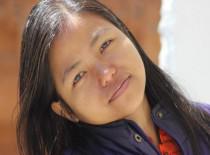 Like the waves of a thirsty sea,
Rolling above the rising tides,
She would struggle, she would fight;
Hoping-praying-weeping-roaring
She would come upon the shore,
The receding waves would draw her away,
But she would struggle to stay on
With her fingers grasping onto the slipping sands,
Trying to hold him tightly, to feel his touch,
To live a life of many breaths in just one!


But there his lifeless body lay-
Never extending a hand-
Neither to hold her,
Nor wave her away!
Distant and indifferent like the land on the shore,
Upon which fingers of the waves try to clutch-
Only to have to recede away;
Again and again.