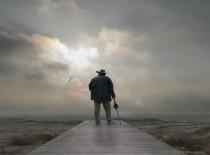 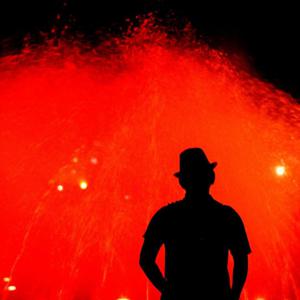 Born of love, of trust, of kin,

Tired of harmony, with one last grin,

Forked the globe, as the fate was judged.

Ripping the veins, with rivers bloodied,

Men made “havens” with loyal legions.

the “imperfect” world with “ideal” religions.

Crusades that left the humans appalled,

Shattered the world, but still not the faith.

“Would it take a dozen wars?” I dread.

Mortal minds fathom not, till late.

Ought to have taught the peril of abhor.

The Thirty and Eighty Years of War,

Just had to enlighten that religion was sour.

Blessed with the power of turning ‘evil’ ‘good’,

They learned from the battles, the ‘truth’ of religions.

That men within a religion must unite and brood

The various ways to destroy rest, without reasons.

With belief unflinching, the recruiting embarked,

The dictators flashed and shined the ads.

Assuring men of salvation that must have lacked,

If they were to remain that god’s lads.

Gods turned products that just had to be sold,

Religions turned commercials for the sake of the sale,

As the tension and perfidy swept like the gale.

Not one brand willing to let it go,

The bar gets raised, with the growing lists,

I take a walk around out in the streets,

Everywhere I look, to me god greets

with promises unfulfilled, and painted lies.

He who created us is nowhere to be found,

He whom we created has killed him complete.

In the ocean of business he could not compete.

Unity, a dream, division the truth,

The age old divide has beheaded the just.

When gods we chase, religions have growth,

In the human hearts we simply must trust.

Millions have died, in the game of faith,

Costing the world its eternal peace.

Cashing on trust, the dictators sold with mirth

the very heart of man to the devil to tease.

Buddhists, Jews and Christians are alike

To the Muslims, Hindus and Sikhs in life.

All want to love and be loved alike,

To live with a dove and not with a knife.

Awaken fellows, for the time is ripe,

Surrender forever or prepare to fight.

To patch the age old divide of life,

Unite we must, and relish the light.