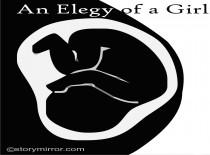 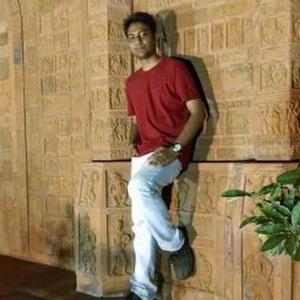 They were so happy, my dad and my mom,

When doctor told them, I was soon coming home.

From inside of the womb, I heard someone say to the other,

That the woman holding me was soon going to become a mother.

I couldn’t see them but felt the happiness around,

heard people dancing, celebrating; I could hear the sound.

Then came the day when I was to be born;

They prepared well to celebrate, bought the costliest Sauterne.

Father was anxious, mother was in pain,

Then I saw light, but outside it had started to rain.

I was a baby girl, smiling, I saw my dad from my bed,

But the next thing I know, darkness, I was dead.

I realized why it rained, it was the God's tear,

He was heartbroken, to see what happened here.

Why this happened, why my life was not allowed to unfurl,

The result of the cruel discrimination between a "her" and a "him",

Was like thousands other - of a girl's filicide, I was a victim.

At the same time, another girl took birth,

I thought atleast she will happily live,

But the ephemeral thought blew; it was just my belief.

For this girl, wherever she went, around the nation,

She was loved and adored by her parents,

Were they going to brutalize her? I thought they weren’t.

But then, was born, her little brother,

And all the love, care, attention, was diverted to the other.

Her only job left, was to look over the house's ration.

This is the story of a girl, in every next home of the nation.

In some other home, she is treated like a maid --

No one to look after her, no one to aid.

She is deprived of schooling, not allowed to study,

Only to do the house-hold chores, she is always kept ready.

When I came to know this, all of a sudden,

It broke my heart to know, she is treated as a burden.

In some other home, she is the beloved daughter,

But even though her independence is slaughter.

Now why does this happen? Why her freedom is debarred?

Understanding the reason is not too difficult, not too hard.

At home she is a daughter so adorable,

But the way the society treats her, is pathetically incredible.

Once she is out of her secure home,

She is like an innocent deer, among the vulpine, alone.

Every step she takes is unsafe, every moment is vulnerable.

Even to move freely in the crowd, she is quite unable.

Everywhere she goes, she is stared upon, by the world insane,

Her greatest blessing, her beauty, becomes the bane.

Victim of eve-teasing, showers of comments so addle,

But still the vulpine hunger is not satisfied,

The result of this, some Nirbhaya, some Damini died.

Stalking, molestation, rape -- she is a victim of all.

Humanity has fallen, on this earth, now the devils stroll.

Around the nation, when she goes anywhere,

She is haunted, she is abused everywhere.

In search of solace, she went south, she searched north,

Instead what she found was paroxysm, so she moved forth.

She explored west, she went east,

All she found everywhere, the war between the beauty and the beast.

In the meantime, she finds herself a friend,

He would listen to her, put her maladies to an end.

But the cruel world, accused her of being strumpet; they defamed the girl.

The anger of the whole society, upon her did unfurl.

Ashamed of the crime she did not commit, she tries her best to hide,

But everywhere she is castigated, so in one corner, she curled up and died.

She always put above herself, the happiness of other,

Cared for her family, her father, her mother and her brother.

But no one came to the rescue, of this poor girl in distress.

Then she got married, she thought it’s the end of all the villains,

She thought it was her getaway, her salvation was the vermillion.

But she is wrong, she is fooled.

Independence is far-fetched, she will always be ruled.

At the in-laws', she is tortured like the Abaddon from the story,

And for what, so that she would bring more and more dowry.

When she could take no more, death seemed warm and so did she dive,

Into the warmth of death, she burned herself alive.

If she manages to survive, she accepts this life and waits,

For the news by which her misery would alleviate.

Then they were so happy, my dad and she, my mom,

When doctor told them, I was soon coming home.

And so the story of me and thousands others goes on--

As many  girls born in Indian society, are cursed upon.

An Elegy Of A Girl