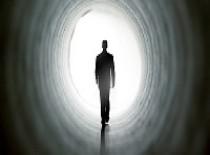 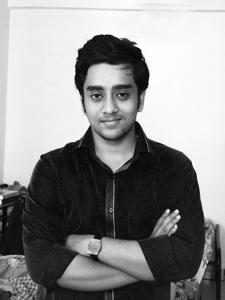 Are you listening, son?

I watched the man walk slowly.

With the aura trying helplessly

Echo back to him those inaudible cries;

And the cold breeze hitting against his face,

Whispering in his deaf ears

A silent plea to stop walking;

But he kept on;

Amidst the mist he found

In him I saw sadness of shades;

In him I saw a colour of madness;

And then in him I saw

A father, broken to his last bit.

The man walked down the pebbled path,

And slowly crouched before his small world.

I saw in him a father, who was smiling

Over his son's grave.

And then I heard him say:

It all seems to be just ‘yesterday’;

Your mother doesn't realise, I guess.

She is a mother after all.

And I am a father.

It's this small difference that builds

My strength; Strength to face you here. . .

When I say you died a martyr's death,

She says it's not the honour

But just the loss that a mother sees;

And I am left with no word

To paraphrase the truth a little less sadly.

Son, I hope, there is peace in the realms

Of Heaven; though not a trace, in your abode.

We now move where the winds take us.

You were the best soldier, the bravest.

You earned honour; but the cost is heavy.

Son, I hope you are listening.

Your mother has shrunken her world

Even smaller; with your belongings

And your medals, as the limits.

Tell me son, water from which fountain

I saw the man, wipe a tear

I heard the emptiness smile softly;

And lifting his wrinkled hand

From the cracked brickwork, he said:

"To the world you are just a name

You are just my son."

Are You Listening, Son