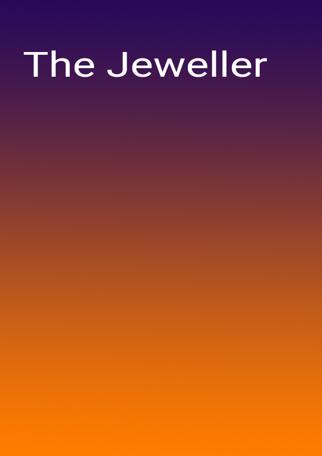 His long messed up hair, for months, a bathroom, they must have not seen,

His dirty yellow teeth would annoy anyone when he would burst into laughter,

Forget food, people would deny him even a glass of water,

He must be a 35 something-year-old mentally challenged, homeless man,

Who would live off the leftover food thrown in the roadside garbage cans,

But since last few months, he has found a new shelter,

Now he sleeps outside the shop of a wealthy jeweler,

But when every other morning while opening his shop's shutter,

The jeweler would get annoyed seeing him sleeping and mercilessly poured on him extremely cold water,

The jeweler's anger would scare the homeless man to run away,

But still, he would be found sleeping right outside his shop the very next day,

The jeweler would throw things on him, would abuse him every morning,

He will get him behind bars was his everyday warning,

The jeweler's cruel act, by his son and the nearby shop owners, was detested,

But no matter how much the jeweler threatened the homeless mad man he was totally unaffected,

He continued to sleep and the jeweler continued his persecution,

Till a day arrived the homeless man, to his shop never returned,

It became the jeweler's habit to start his day by oppressing him,

His absence for many days started bothering him,

He asked his neighboring shops if about that man they had any clue,

But not a single person had any idea that where he flew,

He decided to check the recordings of his security cameras as he was really disturbed,

He anyhow wanted to know where that man has disappeared,

After going through the recordings, he was ashamed,

Cos it was not the homeless man but his son was to be blamed,

As his son was the one who cared for this homeless man and provided him food,

And in return of this favor, the so-called mad man would guard his shop and would clean the entire neighborhood,

The last footage of the homeless man got him in tears,

When he's seen fighting with four-armed man, alone without any fear,

Looting the jeweler's shop were those armed men's plot,

And in that struggle to protect the shop the homeless man was shot,

Holding his chest with his shirt drenched in blood walking away from the shop, is the last he is sighted,

There's much more humanity than we can perceive but we chose to remain shortsighted.