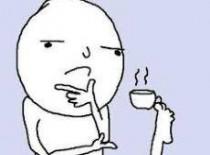 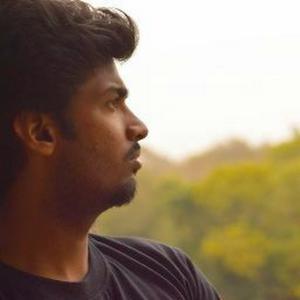 And humans are humans when they feel insecure.

When they feel, shy, embarrassed or inferior.

When they love, hope and believe.

Almost 21 years down the line,

I feel I am less of a human that I used to be.

I don't know what you feel,

But if the joy of living ever got lost in the middle of the road,

We should be feeling the same way today.

If you were a machine-

Those unnecessary suggestions and forced decisions.

But we are humans.

Did you ever stop for a second to think what you want to do with your life?

What if you didn’t want to be like every other Tom, Dick and Harry?

What if your place in the master plan is not quite where you’d have liked it to be.

You wanted to be an athlete that nobody thought a fat guy could be.

You try to prove them wrong.

You started with 100m walk.

You were walking, brisk walking, jogging, fast jogging and then finally,

A fat guy like you just lost 12 kgs and 7 inch from the waist to prove a point.

And then they start with their words.

Like fuck yeah, you can ever run faster than a turtle, you fat ugly moron.

Go home fast ass.
They used words to cut on your dreams.
The cloth they knew was vulnerable.
And at one point,

Would you, now, raise a voice at all?

Or avoid any conflict and embrace your social existence because

Humans who have different visions, different reasons and different dreams.

Fear if their dreams would ever work out.

These people, you see, ask questions.

Questions that have no answers to keep you going,

Questions that you should never answer,

Questions that take your confidence away,

Take you one step closer to the person you are not.

In the human world, these feelings that we feel

Are sometimes fatal.
Sometimes it's suffocating.

Someone else is controlling you.

You are a puppet when you wanted to be the master,

Left with an emotionless, cold and pale body.

The death of a dream.

So the next time you see yourself in the mirror,

And ever think about what went wrong,

It wasn't the smallest gut within your absofucking-lutely awesome dream to be an athlete, or anyone else for that matter.

It was this society.

This society, it took your dream,

Played it low in the dirt,

And consumed you until you became one of its own.

But what if you had risked it?

What if you had held yourself together and survived all those questions?

What if you stayed, and won instead.

What if, you went on being who you truly wanted to be,

And for a second, lived life more than this drama you have

perfected for your parents, or your friends or your lover.

Let it be known that this world owes itself to those

Who did things differently,

Who had the courage to break free,

Who had the passion that stopped at nothing,

Who were a little more than humans.

In the human world, you see,

We are, herd runners.

Because the race is not about who runs the fastest.

It is about who runs the fastest to have others run fastest for him.