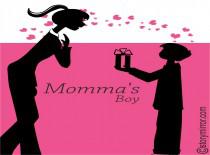 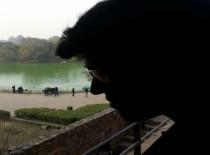 There is an ode that sings

Of my bravery and virtues,

And I have it memorized

From days when I had none.

I'd shy away from the name,

As if it revealed some secret of mine,

That wasn't meant to exist.

Since then I have walked and scarred and suffered,

And seen and closed my eyes in disgust;

My shoulders straighter, my gait meaner,

My eyes wider and my smiles broader,

Only to crumble in her opened arms,

For they always are open, aren't they?

God, I hate those arms,

No man should drink of such peace so deeply,

God, I hate those arms.

And yet I indulge.

For in her eyes, I see the pride

That blossoms before mine can capture,

The million successes her son brings

And she writes on.

For in her smiles, I see life,

The vicarious life she now lives

With the inevitable enthusiasm of

An investment made too dearly.

I'd settle debts with her if I could,

And remain Stoic throughout,

But what metrics will capture

The barter of Love and Time?

For now all I can do is chide her,

As if to tell her I care deeply enough

To be upsetted when she doesn't

Live half the life she wants for me.

She remains an island of certain good,

Amidst the tempests of motives and schemes;

The Scientific Method ruined all for me,

Except her ungodly convictions.

Certainty that belongs to the arrogant,

Shaped me with each passing day,

Of a blind and mad oracle!

The gulfs that separate us are huge,

The colours of my mind are monochromatic to her,

But I'd cross that chasm every time,

For I stole her breaths that I

Of which she had but an inkling

A vague dream to guide me away

From the mediocrity she wears

It is funny that a philosopher,

Divorced of self and a sense of good,

Should find sanity in the illusions

Of a mother's addled heart,

And its many Odes.