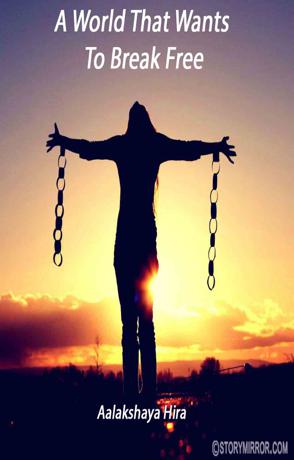 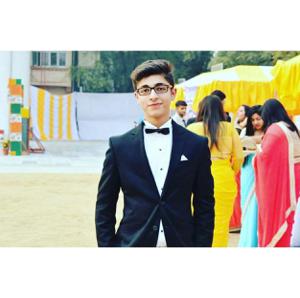 And in a city where the oceans were bleeding into the skies.
They stood like the pawns in a game of chess
Where the king died, daring not to utter a word.
This is the story of a mother, her son and the caged bird,
Seeing his city in ruins, the fourteen year old cried
With a parade of stumbling words, before his mother died.


"Oh mom, please take me back home
Away from these flames, for some time alone;
Away from the soldiers, the blood and the broken bones;
Away from our own neighbours buried for a fight of thrones.

Everyday for us is like a collision with death,
Choking with smoke, we're dodging our last breath.
My brain is haunted with this constant knife.
Aren't we tired being subjected to the deadlines of life?

These troops are laughing over our helpless pleads;
They're burning our home;
They're watching us bleed
A serene land we lived in was not so far
Where it was your love that used to heal my little scar.

While cleansing your bruises, I see them glare:
The daydreams I had are now a fear.
With these rains of blood, the breeze is gone.
The world I used to cherish was just a clone.

Your last breath is marking a lonely weep
Not over your lap, this is my endless sleep.
A warrior, I was in a city once known,
But mom, if only we could break free,
If only you could take me back home.

The boy sighed with a dark room within;
Sadness was in the fate of his living.
The Silence was interrupted again as another book of ruins was read.
And this time, it was the one with wings that said,"

"Hey, the frowning lord of my cage.
Despite of restricting my world in a 2 square meters, 4 walled hell, you're the one who's in this rage?
I see you weeping over your mother's chest.
I see you singing songs of a shattered heart.
At least you saw the lady that gave you birth
And shouldn't that thought--that envy tears me apart?

While singing the rhymes of a broken soul, your nostalgia leads to the Roads of that serene land which was not so far,
While my voice has dried singing those wicked rhymes
trying to escape these choking metal bars.
Your selfish urges extinguished my fire to flow.
Can't you love me enough, to let me go?

You were unfortunate to be a part of this bloody show,
But look at me, a puppet of destiny is how I grow.
While you see those missiles burning down your neighborhood from the skies,
I wonder what a sky looks like, I wonder what it is like, to fly.

These blown places may refresh your scars once more,
But when I remember your words like sugar--
I just see the sounds of silence, so sour.
I still believe that this story will somehow get better.
What if you never read my unsent letters.
You want to run away from these broken dreams of you two
Even I want to break free and the reason is you."

A World That Wants To Break Free