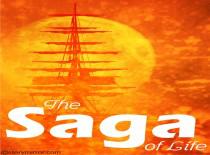 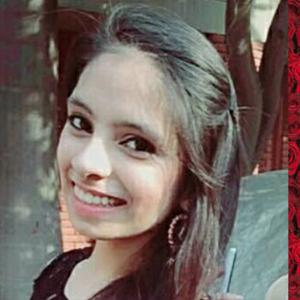 Life's ongoing process is not complete,

Unless contradictions do not replete.

Felicity cannot be to its extent fully felt,

Until with gloominess, you haven't dealt.

Summits can never be mined,

If you haven't with failures dined!

Greatness comes with a series of Progression,

All you've to avoid is Cry and Depression.

Ups and Downs are all part of the life,

Every peaceful act can too have its contrary violent strife.

Eminency is never bowered all at once,

Encounter with criticisms necessitates before, in bunch.

The meek lamb is a contrast to ferocious tiger,

The pilot in the sky is too different from ocean's diver.

Heaven and Hell are two contradictions as well,

One's a celestial abode and the other, a doomed bottomless shell.

Have and have-nots are Marx's two categorizations,

Which always seem to fill the increasing earthly population.

On this fake stage, some assumes a condescending tone,

Whereas the other adorns himself as a timid bone.

Everything has its own pros as well as cons,

Childhood is to innocence and adulthood to experience,

Everything in the world needs to be mete with and dole hence.

A woman is regarded pure unless not compared with slattern,

Decency, Character and Quietness- this all she needs to earn.

So much so, the contrariness in this world resides,

That even gender status 'male' and 'female' in the list of opposites abides.

It was what we were made to learn in our childhood times,

The word 'equality' and 'upliftment' in this context exist only as mimes.

The question of differences does not at all end here,

As Occidental world refers the Orient as 'Other', and as a 'brother' nowhere.

Tautology stands on one side and fallacy as contrariwise,

Cats are given a life so as to devour their rival mice.

The word 'Life' can be called to be inherently an Oxymoron,

Because we are infused with life so as to someday, by sand, get borne.

It is the precept of the life which one never escapes,

The Binaries are contra-distinct in nature, which never mates.

The World in itself is an exemplary of the same map,

We take it real whereas it's just a pre-destined fake nap.

The Saga Of Life