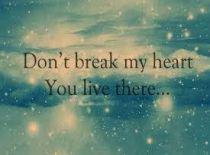 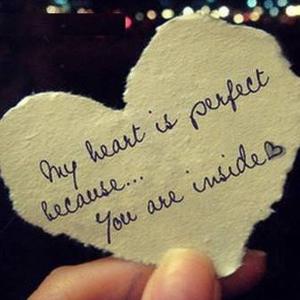 What is it about him, that makes my heart pound
I keep waiting around for him, but he never comes around
I sit near the windowpane, counting the stars at night,
But the wait is so endless, I feel breathless at all times.

We used to speak for hours and he used to passionately hold my hand,
And whisper in my ears, all his dreams, and his plans
We used to lay together in each other’s arms, lost in eternity
Where time had no bounds

There was something in the way, he looked into my eyes
That ever so melted me and spoke of our thousand lives
The lives, that we both had dreamt of creating,
For not every day one could find such love to appreciate

There was something in the way, he touched my soul,
Every time he spoke, I dreamt of growing old,
Growing old in his love, and maturing like wine
And meeting half way in the heavens, with our hearts intertwined

For he had no clue, what he made me feel,
Every time he held me, my heart skipped a beat
There was nothing in this world, that I had held so close
For me, he was my world, if only he would ever know

I keep reminiscing the memories we had created,
The moments we had spent together,
Were something that got etched deep inside my soul,
If only, there was a way, to encash it and create some Gold
I would instantly whip some up and mail it over

There were times when every word I spoke,
Made so much sense
But today, everything I say turns rotten and is a pretence
But what about the tears in my eyes and my silent prayers
Do they mean nothing now, though you once cared

If only money was the way to gauge someone’s love
Then yes I’m a pauper and I’ll never have that pearl
That pearl of priceless money that you ever so yearn
But fail to recognise what I could be,
If only you realize that God does see

God does see your pain and mine equally
And for me, he would fulfil yours quickly
But I only wonder how life would be,
When you’ll get your pearl and I’ll never be
Be the person, that I was once known to be

He Never Comes Around