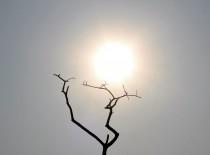 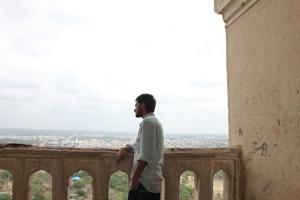 Ever heard a story of a mother killed by her own ‘birth’,

Or read a tale of a mother widowed by her own son?

If you have, you’ll understand the dearth, the dearth

A sinner face, who is disowned and bereft of remission.

While the storm brew up in its womb

Once in a while, and often now

It explodes in coast of life like a bomb.

The tree which once bore the sweetest fruits,

is crying out in agony against the nature

It decays into its grave, upon its own roots,

But man will have no shame to cut for its wood, such is this creature.

will be our earth. Rather dEARTH!

The line of threshold has become thinner,

The time has come to face repercussion or to repent,

depends solely upon how much the guilt is vehement.