There is a really famous quote by Bill Gates that goes like, “If you are born poor it’s not your mistake, But if you die poor it’s your mistake.”

This quote has inspired a whole generation of top entrepreneurs and business people who are a great success today.

However, success stories are not created out of thin air. Reaching a successful goal requires a lot of effort in the background, which the rest of the people rarely get to see. Perhaps it’s best encapsulated in the following quote –

People (this generation?) often want success without struggle and forget to pay their dues to the hard work. Now, you listen carefully – you can’t become a success story without the effort, the sweat, the pushing back of boundaries, and improving with every fall.

And if you can’t remember those cliches, I’m going to take the story route. Below are inspirational success stories of hard workers and how they reached the elusive top. Here they are!

The person whose world-changing invention was the result of a 1000 times failures. The bulb was such a great invention that it bred numerous future inventions on its back.

When Edison was a child, his teachers called his parents regularly and tell them that their child is weak and can never succeed in life. His teachers were convinced that teaching a brain as slow as his, is a waste of time.

But no one knew that this person will invent so many things that people won’t forget him even after centuries! And the biggest learning of his success story was his 1000 attempts when he failed at his job. But he never stopped; his drive lead him to astonishing success and now he is one of the world’s most famous success stories.

If Edison was the King of failures, Rowling would be the queen of rejections.

“The first agent I ever queried (for Harry Potter) sent back a slip saying ‘My list is full. The folder you sent wouldn’t fit in the envelope,” says Rowling. To add to the agony, the agent even kept the folder in which she sent her book.

To which she says, “I really minded about the folder, because I had almost no money and had to buy another one.” Says a lot about the humble beginnings of someone who has consistently been among Europe’s richest persons – after her books and movies were released.

But she never gave up trying – even after rejections from 12 publishers. And that’s a classic tale of motivation and mindset that’s needed to reach the top bestsellers in the history of literature.

I think it’s finally settled – success stories are built on the back of hard work and steely determination, not daydreaming during the job. 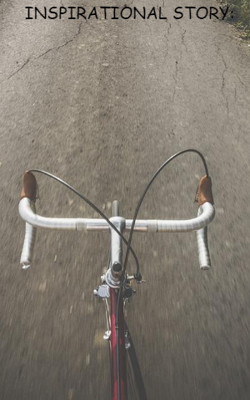