There lived a guy named Romeo in Los Angeles. He was a very clever guy who was adept in attracting girls. Romeo was in pursuit of Juliet. This is not a typical Romeo Juliet story. One day he happened to see a beautiful girl walking on the pavement. He was completely gobsmacked by her beauty. He thought of taking up the initiative of proposing her.

By the way the girl's name is Alice.

Alice turned her face towards Romeo.

'Who are you man?',Alice said.

'I have seen many girls in my life. No one is as beautiful as you.', he said.

'I have seen many guys like you. Whenever you guys get an opportunity to praise a girl, you people use the same clichéd statement. Don't play with me jerk.', she said.

Romeo was a bit surprised by her words. He thought the girl is cleverer than him.

'Baby! I'm not like others. I'm totally drawn to your beauty. Can we go for a coffee?', he said.

'With how many girls have you been to coffee, Boss!', she said.

'Let me tell you the truth. I have been to coffee with more than ten girls.', he said.

'Great, finally you told the truth. I don't have time to play with playboys like you. Better find someone to satisfy your desires.', she said.

Romeo left the place with a pale face.

Romeo's friend David was a shy guy. He had never dated any girl in his life owing to his extreme shyness. Romeo and David were college students. One day they were sitting in the class barely listening to the professor's lecture. Suddenly, Alice showed up.

The professor let her in.

She was a newbie to the college.

Sight of her made Romeo drool.

She was wearing blue jeans and yellow T-shirt.

Shy boy David looked her for a second and quickly moved his gaze towards the professor. She sat in the first bench. Romeo couldn't move his eyes off her. He was hooked to her. It was lunch time. All went out of the class for eating. Alice was sitting alone having her lunch. Romeo thought it was the right time for him to befriend her. He slowly inched towards her. Alice looked at Romeo.

'God has given us another opportunity to get along with each other.', he said.

'Oh man!, Can you please stay away from my business.', she said.

'Who in the hell are you man? Just get lost, you asshole', she said.

Pissed off Romeo retreated the place.

After lunch all got back to the class. Few of them were ridiculing David for his shyness.

A strict professor made an entry to the class and he randomly picked two students each gave them an assignment . Inadvertently, David and Alice were paired each other for the task.

David was unable to look at her because of his shyness.

'Are you okay', Alice laughed.

Both of them were supposed to prepare a presentation for a given topic. The topic given to them was Shyness vs Confidence.

'Professor has given us the right topic. It suits you man', she said.

'You are a very confident girl', he said.

'Okay. It's time for us to prepare. Will you support me or not', she said.

'Will support you', he said.

Romeo was jealous looking at his friend and Alice communicating.

After an hour professor asked them to stop working. He randomly chose the team to give the presentation.

First turn was that of Romeo. He and one more tough guy made their way to the stage. Topic given to them was Love marriage vs Arrange marriage It was time to deliver the presentation.

'Love marriage is colourful. Arrange marriage is pathetic. If you love someone, you will go gaga over them, it becomes too difficult to forget them. If that person accepts your love, then you are a step behind entering the heaven. You can crucify their body as you want. That is the best thing which can happen in one's life. Arrange marriage on the other hand is tasteless. You are forced to marry some idiot and you will have to spend rest of your life with them. I would rather divorce them if it happens.', Romeo said looking at Alice.

Alice was disgusted by his presentation.

Next turn was that of Alice.

She along with David came on stage.

'Confidence is a manifestation of one's talent. It is key to success. If you are to give a presentation, if you are to lead the team, if you are to crack any interview, confidence plays a key role. People give you respect if you are confident.', Alice said.

'Shyness is the most hated and underrated word in this world. If you are shy people consider you as a loser. You will always be embarrassed and others would feel superior over you. There is a negative stigma attached with shyness. Shy people are often neglected for leadership roles because of their shyness. Worlds greatest scientist Albert Einstein was also a bit shy guy. Shyness is just a personality trait. Shy people don't have to be guilty about their personality. If you have passion in life, it doesn't matter whether you are shy or confident. No one can stop you.', David said.

All were shocked by David's excellent presentation skills. He received a resounding round of applause and the professor gave a Pat on his back. Alice was deeply touched by his words. Her heart slowly started beating for him.

Next day David and Alice were sitting and chatting together. David was avoiding eye contact. His voice and character made Alice fall for him over and over again. Romeo looked at them. His jealous knew no bounds. He quickly moved towards them and asked David to stand up. Innocent David stood up.

'Who do you think you are? You are after all a shy loser. How dare you talk to my girl friend?', He pushed David.

'You idiot. Who are you to stick your nose in our business? Get away from us.', she said.

'Listen Alice. I love you. He is an idiot. He can't even see a girl. Don't fall for him. Please let's go now. Come along with me.', he said.

' Never! Don't you dare talk to me like that. I'm not your girl friend. You can leave now', she said.

Romeo stared at David and gestured to beat him.

'Alice, you shouldn't have talked like that', David said.

'Dont be afraid David. He can't do anything. He is just jealous of us.', she said.

One day David and Alice went to a park nearby their college. Both were in love with each other.

' Alice, I want to tell you something', he said.

His cute smile made Alice lose control and she kissed him on the lips. David was stunned. Alice didn't stop there. She kissed him again. Romeo and his friends looked at the romantic scene between the duo. Romeo was burning in rage. He couldn't control his temper and along with accomplices he rushed inside the park.

He grabbed the collar of David and slapped him. David fell on the ground in pain. Alice was left stunned. She slapped Romeo and spit on his face. This made Romeo explode and he pushed Alice.

He ordered his accomplices to attack David. He made Alice look at the cruel scene. David was beaten to death. Alice cried her heart out. She bit Romeo's hand and ran towards David's dead body. Romeo had a wicked laugh on his face. Enraged Alice punched Romeo's face. Irked by it Romeo asked his accomplices to control her. He threatened to rape her. Hapless Alice was crying for help. All mute bystanders were witnessing the act, but no one came to her rescue. By God's grace some one tipped off police about the incident and they arrived at the spot the moment Romeo touched Alice. They arrested Romeo and his accomplices for their wicked act. Alice gave a written complaint to the police. Romeo and his goons were put behind the bars. Alice was literally shocked by what Romeo did to David.

'Love is blind. Love is Romance. Love is beautiful and Love is dangerous. Many innocent people like David are killed by perverts like Romeo. No one has the right to force someone to love them. If two are loving each other, no one has the right to intervene in their business. It is gut-wrenching to hear about innocent people losing their lives because of merciless freaks. Love is a beautiful gift. We shall respect and give freedom to the love birds.' 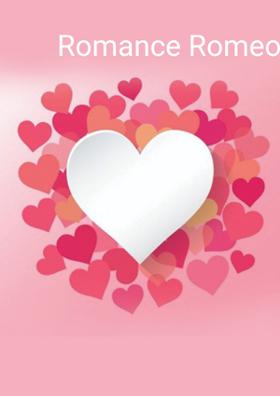