His father often suggested that he needs to be more confident and have faith in his abilities. As Young Icarus scaled towards the edge of the building he said to himself

“It’s time for the leap of faith.”

He jumped from a 10-storey building and his body instead of flying descended downwards without any control at a very high speed. Within seconds he crashed onto a car and fell to the ground. If he was an ordinary human he would have died with bones cracking in an instant and organs popping out of him. But Icarus is no ordinary human. Icarus Apollo is his name and he resides on the green planet known as Earth-676, which is unlike any other planet in the solar system. The planet inhabits people with special abilities known as the S-Force. The legend states that the S-Force made humans the most powerful species across the universe next to the mighty God of destruction. The reason for the emergence of the S-Force is to stop the God of destruction from rampaging and devouring planets as he pleased. One among the S-Force warriors will become the God-stopper whose power rivals the God.

The origin of this power comes from the past of Earth-676. Many millennials back the planet suffered multiple catastrophic events back to back such as climate changes, asteroid collision, nuclear war, and other horrid events which gave birth to the people with S-Force. The S-Force warriors lived among ordinary humans defending the earth and preventing any non-warrior from starting a war within themselves.

Icarus though being born to the Elite parents of S-Force is yet to figure out his abilities. He attained a fully grown pair of wings on his back by the time he reached puberty. However, the wings surprisingly do not have the ability of flight.

“Your still young son with a lot of time to explore the world. You do not have to worry about defending the planet right away. Time will eventually come and when it does, you or your wings will automatically do what is destined. So enjoy the journey and don’t be anxious about the destination”, these are the words given by his father whenever he sees Icarus trying too hard to ignite his abilities. But Icarus always counters his father with a speech of his own.

“People take notice of others for their success and results and not the journey. No one is recognised for the journey they make hence there is no benefit in enjoying it”

Icarus’ mother, Hera Apollo also known by the name Electric Goddess is a largely known elite S-Force user who has two abilities instead of one, unlike the common user. Her name strikes fear into enemies hearts and the sight of her alone would make the enemies flee the area. Her superhuman strength and the ability to generate unlimited electricity know no bounds and there are rumours that she might be even stronger than Icarus’ father. Apollo Nyx is the only S-Force user who has three abilities within him. Although nobody knows or has witnessed what the third ability is, there are plenty of rumours which are waiting to be confirmed. Apollo is so famous that there are even comic books based on him. Although the physical form of his body does not say much, he has an enormous IQ and one of his S-Force is energy manipulation which means he can store, absorb, repel and transfer any kind of energy. His second S-Force is heightened senses. Only the quickest brute force can defeat him but there is a catch. Great strength usually comes with decreased speed and Apollo can even detect motion at sonic speed. Apollo Nyx is the most skilled S-Force warrior who people tend to believe is the God-Stopper.

Icarus being born to an Elite S-Force couple is destined for greatness. However, Icarus often battled his mind and body to find out the true nature of his S-Force. Since his failed leap of faith, he declared himself useless and stopped trying for it until one fateful day.

The fateful day arrived after five years when an unstoppable force came crashing down to Earth-676 killing a quarter of the population in the process. Out of the smoke and debris came Akku, the God of destruction, filled with a strong desire to seek out the hatred within humans and make them pay for their sins. As per the legend, Earth-676 was in the list of wrath for the almighty Akku, the God of destruction. The God had an eye on the planet from the day he scouted it and its inhabitants. The God despised humans for their greed, hatred, lust, envy, and outright stupidity. Akku, who had the power to destroy the planet with just a flick of his finger, enjoyed a rather unusual way of destruction. He went from place to place inside Earth destroying the humans around it. Even though some of the superhumans were able to hold him off, it did not last for long. The God’s vast experience and countless abilities which he learned over eons were no match for the superhumans. He defeated half of the entire superhuman species within an hour. The S-Force elite users had set up a plan to take down the God and they almost succeeded by ganging upon him from the left side which is his blind spot due to the loss of the left eye. Icarus watched the fight from a distance on top of a 110 storey tower. Akku fell to the ground immediately from the combined attack of the superhumans. The God immediately got up and brushed off his wounds like it was nothing. Akku then paralysed the entire group with his Sonicshout. The attack emitted a highly enhanced scream of a high amplitude paralysing anyone nearby who hears it and moderately affecting people even if the ears are closed. Except for Apollo, the entire gang of superhumans fell. Akku then lifted his left hand and created an energy ball the size of a building and launched it towards Apollo. The S-Force elite warrior absorbed the ball and launched it back to Akku who simply ate the energy ball.

“Your cockiness disgust me, human. You are not the only one blessed with that ability.”, said the God.

Akku launched towards Apollo to fight him hand-to-hand. The God moved at hyperspeed which Apollo could barely keep up with his heightened senses. Within minutes into the fight, Akku dominated and knocked down Apollo. Icarus who watched the fight felt terrified with the presence and the power of the God. Akku caught Apollo by his long beard and raised his hand for a final blow. Icarus started to tremble at the thought of his powerless wings and the powerful God who defeated both of his parents within minutes. He could not witness the death of his loved ones while he stood there like a coward.

“It’s now or never,” said Icarus to himself as he took a leap of faith. His father’s advice about having faith in his abilities started to ring again and again in his mind. He descended towards the ground, this time in a more controlled motion. He felt something in his back. His wings started to warm up and soon the unthinkable happened. His wings became more thicker, grew in size and started to burn in flames. With wings of fire, Icarus went straight for a punch to the God. Akku dodged the punch and backflipped to create space between them.

Icarus started to wake up his father by gently slapping his bloodied face. Apollo’s one eye was shut due to the beating he received.

“So, he is your father? I was wondering how long you would quietly stand up there in fear while your fellow species are left to die.”

“I am going to burn you to ashes.”, said an angry Icarus.

“You won’t even get the chance!”, said the God as he let out his Sonicshout against Icarus. The God’s scream surprisingly did not affect Icarus or Apollo as the winged S-Force user used his new ability and blocked the attack with his wings. Apollo quickly shared his third ability, the incorporeal with his son. This ability grants its user to pass through energy attacks and objects by changing the body’s material to become incorporeal.

“The God stopper”, shouted Apollo as his son was shielding them from the scream.

“No my son, it’s you. You are the legendary God-stopper. You also now have the power to pass through things such as objects and even energy attacks. ”, said Apollo.

“Wha?? How did that happen? The incorporeal ability like Uncle Marc?”

“Yes! Combine your abilities and stop the God of destruction my son.”

Icarus smiled at his father and said, “Well, ain’t that a nice twist, say no more!”

With the newly added ability, the God could not predict Icarus’ move. The God-stopper evaded the God’s attack by being incorporeal. However, Icarus could not go offensive against the God as he lacked battle experience. Icarus started to land a few punches after a while but Akku is too strong to get hurt by a low-level attack. Icarus’ strong defence and Akku’s strong offence lead the fight to a draw. However, the two were determined and battled out straight for 24 hours. The long battle only proved that they were evenly matched. Frustrated by the newly found power in the boy, Akku left Earth-676 vowing to return one day to destroy and disintegrate each and every human on the planet. 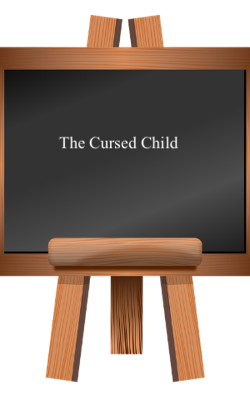