It was a joyous occasion at Sterling Terrace apartments. There was a naming ceremony in Flat-105. The daughter in law had come back home with a baby boy and the joy of the people in the house knew no bounds as a boy was born. They had planned a lavish celebration. Relatives, friends, and neighbors all were invited to the naming ceremony.

Saanvi was keen on going to the ceremony. Just like other kids studying in class four, she was also looking forward to eating the cake and getting a return gift. She was excited as she wanted to see the baby. She was looking very pretty in a navy blue frock. At 5 'O' clock in the evening, she was all ready to go to the party. She went with her mom. Their neighbor's house where the naming ceremony was there was beautifully decorated. She saw that the baby's crib was decorated with balloons and festoons, garlands made of fragrant flowers. She went near the crib and saw that the baby was fast asleep in the crib. His mother was looking lovingly at the baby. She told Saanvi that she can play with the baby when the baby wakes up. She happily agreed. After some time the priest who was called to perform the pooja did it and the baby was named as Atharva. The delicacies were then served to the guests. While everybody was enjoying the scrumptious delicacies served a group of people singing Badhai ho Badhai entered inside the house. They were beating the dholak and were singing nicely. Saanvi was instantly attracted to this group who was singing so joyously. What she observed though was they looked like men but were dressed as women. She loved the gaudy colored sarees and the jewelry they wore. While she was admiring them, one of them named Kamala pulled her and invited her to dance. She happily joined in and started dancing. When Saanvis mother Rupa came into the room, she was horrified to see her dancing with a group of eunuchs. "Saanvi," she screamed, gave her a threatening look, and pulled her out of the room. She did not stop until she had dragged her all the way back home.

"But mom what happened? Why are you so upset."

"Do you know with whom were you dancing?"

"Keep quiet."Her mother reprimanded her. "Let your dad come today, I will complain about your behavior today."

Poor Saanvi was not able to understand what she had done to upset her mother. She was not able to understand why her mother who told her that all are equal was stopping her from dancing with Kamala aunty. That day when her dad Shridhar came back from work, she told him what had happened. Shridhar just told Rupa to ignore it. Saanvi was just a little girl.

A few days after this incident when Rupa and Saanvi were going to Big Bazar for buying groceries they saw Kamala on the other side of the road. Saanvi instantly recognized her and waved. Kamala waved back. Rupa was upset. She scolded Saanvi. But mom you are the one who tells me that we should acknowledge and speak to the people whom we know.

"Keep quiet. I don't want you to acknowledge or smile or talk to that person ever again." Saanvi failed to understand why her mother was being so unreasonable. Kamala aunty looked like a nice person. So what was the problem in talking to her?

A week after this incident when Saanvi was playing in the park, Kamala came there. On the insistence of the kids, she joined them in their game. Saanvi's mother was in the house enjoying her evening coffee. She just thought of checking on Saanvi, so she went into the balcony. She was horrified to see Kamala playing with the kids. She just flew down scolded Saanvi and the other kids and asked Kamala to leave the place.

When she discussed the incident with Shridhar that night, he told her she was overreacting and to just forget what had happened.

Kamala was never seen in the vicinity after this incident.

One day Saanvi had gone to school. She did not return back home at the regular time. Rupa became panicky. She checked if their neighbor's daughter Manya had come back. On seeing that Manya was back home she became even more nervous. Upon being asked Manya said she didn't know where Saanvi was?

In her tension, Rupa ran down the flight of stairs. She didn't know what to do. She had forgotten her cell phone at home. In her state of panic, she just rushed to the police station and told that her daughter had not come home at the regular time and she needed help from the police to find her daughter. Weird and scary thoughts of her daughter being kidnapped were running through her mind.

She then thought maybe Kamala would have done that as she had treated her badly. She told the police about it.

The police immediately came into action and brought all the hijras who used to beg at the signals in that area to the police station. Rupa identified Kamala. The police began their interrogation. But Kamala kept on saying that she was innocent and knew nothing about where Saanvi was. Upon being beaten up also Kamala stuck to her statement. Time was running out. It was two hours after school. Rupa thought she should inform Shridhar. It was now that she realized that she had forgotten the phone at home. In her state of panic, she could not even recollect Shridhar's phone number. As her house was nearby she thought of going home and getting her phone. She rushed back home. She was overjoyed to see Saanvi standing outside the locked house with Kiara and her mother. She was overjoyed to see Saanvi. She hugged her. It was then that Kiara's mom told her that she had gone to school to pick her daughter. She took Saanvi along with her to her place as she had made butter chicken that day which was Saanvi's favorite and she had been calling up Rupa to inform her about it but the calls went unanswered. So after the girls finished a quick lunch she came to drop Saanvi back.

Rupa opened the door of the house and told Kiara's mother all that had happened. She now felt ashamed for what she had done to Kamala. She realized that society was responsible for building up the bias she had for Kamala and the likes of her. Oh, God! What had she done? She could never forgive herself. Shridhar came back from the office and she told him what had happened on that day. They both went to the police station and informed that Saanvi had come back and requested the police to release Kamala. Upon seeing Kamala, Rupa could not control her tears. She begged for forgiveness.She realised that she was biased to the community due to the bias society had built up in her. People are good or bad based on their deeds. She decided to mend her ways as when we change we also promote it to the future generations. She had realized now that everybody had a right to live. All people are equal. Everybody had a right to dignified living.

It was then that Shridhar offered Kamala peon's job in his office.

Rupa and Shridhar had now realized that equality, empathy, dignified living should not be the concepts restricted to textbooks but actually practiced.

If all of us practice this the world would be a better place to live in. Let us be the change that we wish to see in the world. Our children learn from us, so let us practice what we preach. Equality# 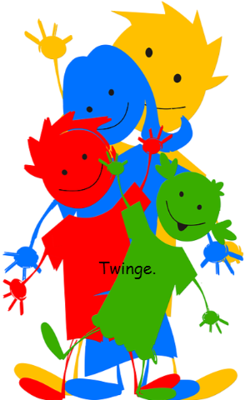 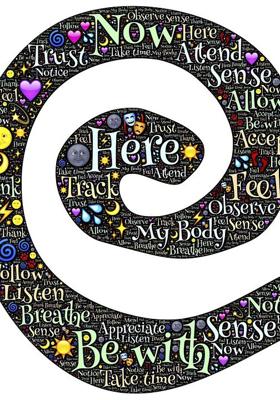