Tejas is a carefree and happy-go-lucky guy, who doesn't take anything seriously in his life except his studies, for which he will be ready to go to any extent. He hails from a rich family consisting of his father Durga Prasad, his family, and his mother Venba.

His carefree attitude worries Ram Prasad a lot and in addition, he is worried that Tejas is irresponsible in other activities except for his academics, which is not useful in the current scenario of periods. Because people also expect other things from youngsters. Teja's family is settled in Ukkadam while, he stays in a hostel at Amritha University, where he is studying as a second-year student.

Ram prays to god for showing his son in a good way. Besides academics, Tejas is a mad adventure lover and has gone to various parts of India. He loves to view the waterfalls, dams, and rivers and their water flows. Besides this, he enjoys his life to the core through social networks like Instagram and Facebook.

All was going in a smooth and happier way for Tejas until a problem breaks out for him. A few days back, he went to his close friend Krishna's house, where he had used his Instagram account on Krishna's phone. However, he had forgotten to log the account out.

As a result, Krishna has leaked his password to some of his friends like Akhil, Abinesh, Harshith, and Nikhil.

Only after a few days, Tejas notices that his account has been leaked and henceforth, calls to Akhil, because he had replied to Krishna that, "Let's put him into trouble by using this password."

"Hey Akhil. When did my password leak da?" asked Tejas…

"Before two days only, da. Don't worry. We told it just for fun. We won't misuse your account" said Akhil and Tejas feel relieved.

Later on, he goes to his hometown Pollachi, where he decides to meet his old school friends and also take care of his grandparents and his mother's family under the plight of his father's request, who has given him this as a responsibility.

Again Tejas returns to Ukkadam and he opens his Instagram account because he has not used it for four days continuously. On opening the messenger box of their Instagram account, he is shocked and terrified. Because someone has chatted in his account and in further, his close friend Harshini has also blocked him in addition, due to some unknown reasons.

When he tried to ask the reasons in Whatsapp, she blocked him and further, his love interest, Nisha also blocks him in Whatsapp, due to some unknown reasons. Harshini, besides blocking the account of Tejas, attempts suicide and as a result of this, she got a temporary paralysis.

Harshini's father, Chandrasekhar Reddy, a highly influential man in Pollachi and a rich businessman, is furious and vows to take revenge against the one, who had been the reason for his daughter's, this miserable position.

Tejas's school friends (who studied with Harshini) like Aravinth, Vishnu, Dinesh, Janani, and Gowshik inform her father that, some days back, Tejas was rumored to chat with Harshini with bad and abusing words.

Becoming furious, Chandrasekhar Reddy calls Tejas through his phone, who is in an investigation to find out the guy mastermind behind the chat.

"Tejas. You had made a big mistake by chatting with my daughter, using bad words. Get ready man. Your entire family will face a miserable and tough situation" said Chandrasekhar Reddy, through his phones.

Tejas is left to say no words(the same situation which I got on 10th standard leaves) because his innocence can't be proved to Harshini's father. Hence, he decides to prove his innocence by collecting evidence for the chat.

But, Harshini's father is not silent. He creates trouble for Tejas's family and in further, he makes Tejas's family get arrested in a false case, through his influences. As a result of this, Tejas's mother commits suicide unable to bear the insults.

At the same time, Tejas with the help of his friend Pramoth learns that someone was typing in Harshini's account that, "He wanted to flirt with her and has used some abusive words to her."

He furthermore has seen the replies like, "Are you flirting with me? I am not that kind of a girl. If you do this again, I will block you."

But, before he can inform Harshini's father regarding his innocence, Tejas is informed about his mother's death after which he rushes back to Ukkadam.

Furthermore, he slaps him and asks him, "Why da? Why did you do this? Because of your mistakes, we all had suffered a lot, including your mother."

Tejas looks surprised after which, his father tells to him, "Are you surprised? I know everything. Harshini's father has told to me the reason for making them in false charges. In addition, I also knew your works of chatting with her badly, in Instagram"

"Don't even talk a single word. Now onwards, you are not my son. Get out of this house. Don't ever come to my house, even after my death" said Prasad, which upsets Tejas and he have an exit from his house, besides the request of his relatives and grandparents, who stopped him, but he told them that, "His father's words is more important to him than anyone else in this world."

Nisha, who too have come there with her father, calls Tejas, but his father stops him and tells her, "No need, ma. Because of his playful attitude and carefree nature, his mother died and even a girl got paralyzed. Tomorrow, you too might be harmed because of him. Let him go out"

Some of Tejas's friends learned that he had been sent out from the house and feels bad because, their playful act had made Tejas to go into this kind of miserable position. Hence, their friends informed to Harshini's father that, he is innocent and indeed, they leaked his account after which, one of their friends had chatted with Harshini harshly…

Harshini's father agrees on the first point but, also asks Teja's friends to bring down the culprit who used Tejas's account that had led to his mother's death as well as his daughter's temporary paralysis. Now, Harshini got cured and she too learns the leak of Teja's account.

Nisha meets Tejas and tells to him that, "She have blocked him because, she was busy with a hectic schedules. But, she never knew about the problems that, Tejas have been facing" and reconciles with him after apologizing...

After a long chase downs and investigations, Tejas and his friend learned that their friend, Akshin had used Teja's Instagram account. In school days,Tejas had insulted him for beating up Teja's close friend Sai Adhithya and Abinesh, for which he beat him up in front of everyone in the bathroom.

As a result, all his friends and junior mates had told him, "Even guys like Tejas is beating him", which made him furious and he was waiting for years to take revenge against Tejas.

At that time, he learned the leak of Teja's account and after pretending to Akhil, he manages to get the password and uses bad words to a girl, putting him in big trouble and causing more pain to Tejas.

"Uncle. If we do a mistake like Akshin, then there is no difference between you, me, and Akshin. I too have been a reason for his actions. Then, you should paralyze me also, right. Let's forgive him" said Tejas.

Harshini's father feels bad and puts down the stick and now he tells Akshin, "Have you heard his words? That's Tejas. Even after knowing that you have made a mistake, he had forgive you. That's the difference between you and Tejas"

In further, Akshin learns that he had been a cause for Teja's mother's death after which, he falls to the feet of Chandrasekhar Reddy and Tejas, who forgives him and lets him go off…

Finally, Chandrasekhar Reddy apologizes to Teja's father, informing him everything after which, Teja and his father emotionally hug and get reunited.

In the end, Tejas goes to the bathroom and stands behind the mirror. There he sees his face, which is bright with happiness. He tells himself, "Many are using social networks like him. Because of this, they land in a variety of troubles. Atleast, from now onwards, everyone must stop using social networks." 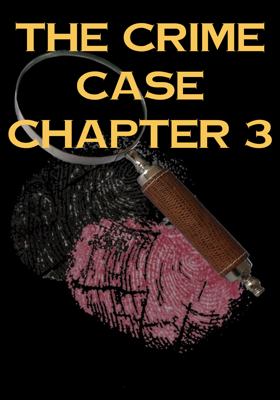 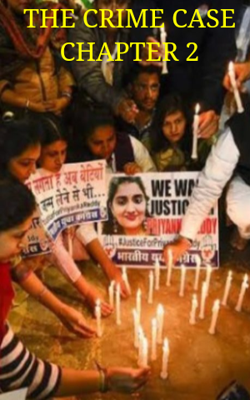